I don’t have a photograph, but you can have my footprints. They’re upstairs in my socks. – Groucho Marx

I often see abandoned socks on my dog walks.  In pairs or alone.  Under a bush, in the gutter, in the trees.  I wonder if they were dropped on purpose, fell out of someones bag, or if they are leftovers from a crazy night or even a crime scene.  They are sad, pathetic.  Much like my obsession with socks, I suppose.  I found this pair this morning.  In the lane between 100-block E.5th and E.6th streets in North Vancouver.  Instead of leaving them as I usually do, I picked them up (with a fresh unused dog poop-bag, mind you), brought them home, boiled them in bleach, washed them with detergent and bleach, dried with fabric softener and made two birds.  The birds were then placed on the spot I found the socks and left to their fate.  A photo of the original socks was also left at the spot.  January 3, 2010 10:46 PM 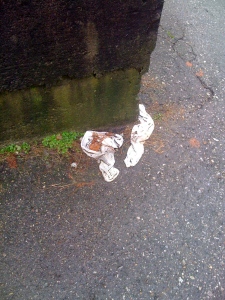 Today’s bird was given to The Gift of Sight Program at Pearle Vision, Park Royal to thank them for providing eye exam, prescription glasses, frames and incredible service to one of Katarina’s art therapy students who has been without glasses for a long time.  The Gift of Sight to this young artist  is priceless. 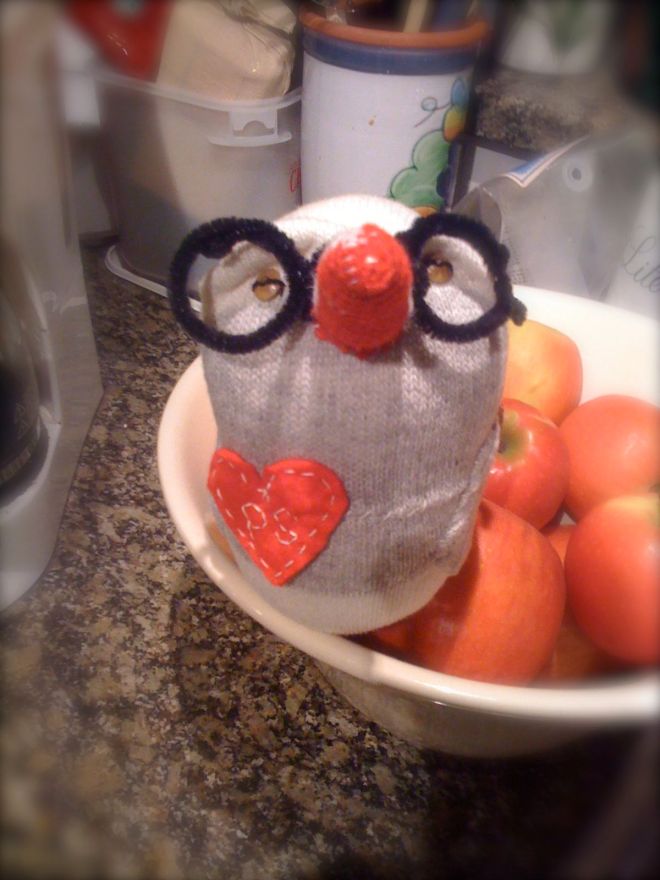 Stray sock found at 3rd and Chesterfield south of the Anne MacDonald Studio.  It’s been cleaned but still in the to-d0 bin. 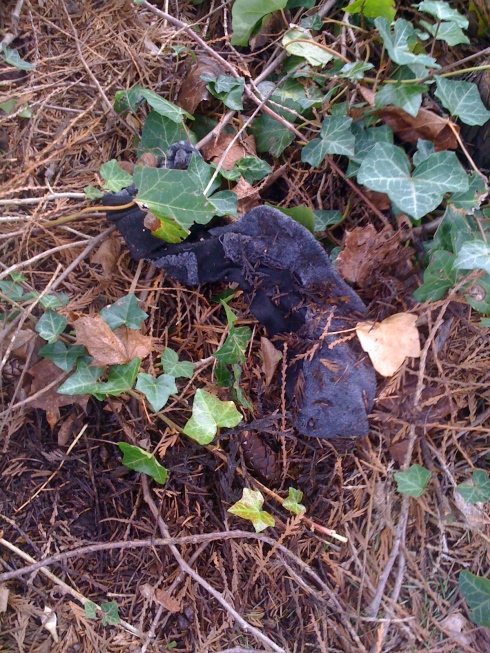 I love how the sock design on this tattered old sock became markings on this sock corvid! 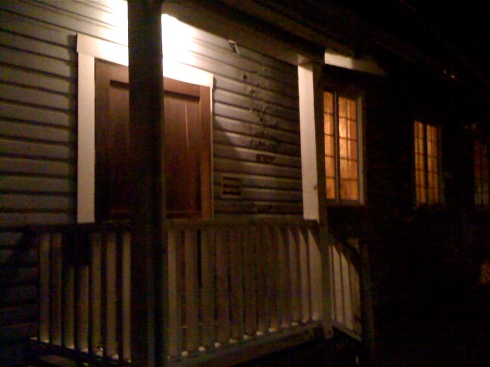 Checking in 4 days later… soggy but still there. 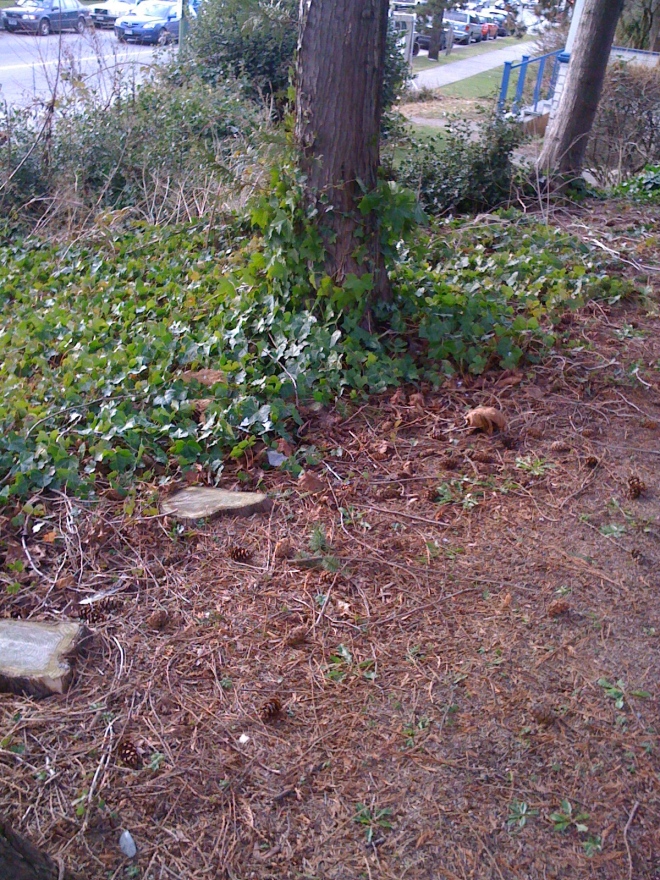 22 days later- no longer in place but… 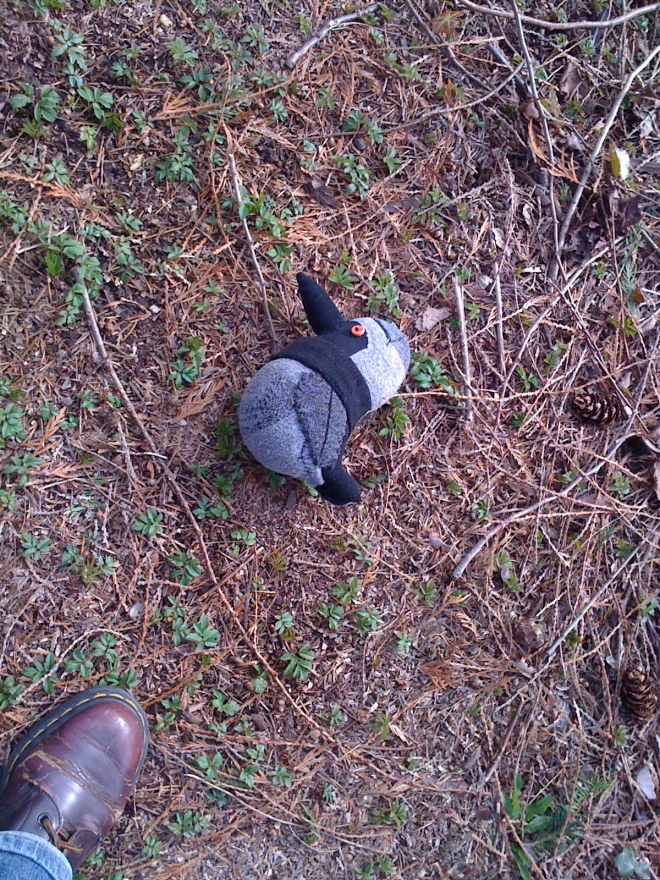 About 20 feet away…  A few days later I picked the bird up, took it home, washed and cleaned it.  Then decided to put it on ETSY. 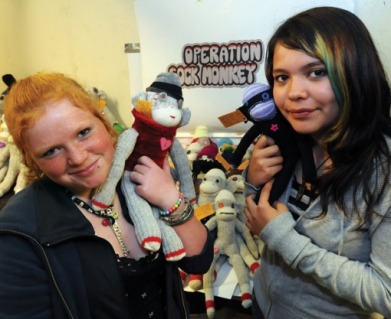 “I AM AN ARTIST” ART LESSONS Drawn Together, by Roar and Kat Thorsen